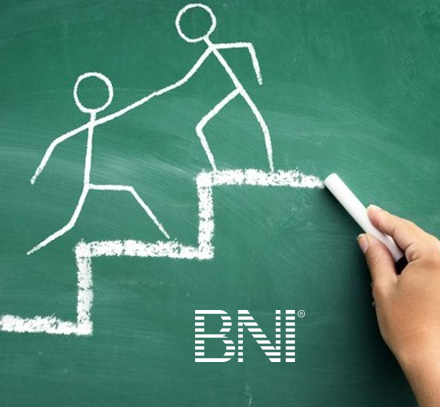 The Leadership Team are volunteers who have stepped up to help the chapter progress and succeed.

This week we are going to briefly look at an overview of what each of the Leadership Team roles involves so the group knows who to ask for help and guidance.

The primary role of the president is to provide leadership and drive for the chapter in line with the vision and goals of the chapter.

One of the most important parts of their role is that they set the tone of the meeting. By being organised, engaging, humorous (quick witted) and inclusive they can make the meeting one that everyone wants to attend. Usually they are a BNI high performer themselves.

Outside of running an engaging and organised meeting, the President ensures that the leadership team members carry out their roles efficiently, in a fair and transparent manner. This is done by making sure all of the weekly reports are made at the meetings, holding effective leadership team meetings and communicating effectively with their team.

The Vice President’s role is to report in a positive fashion weekly on the groups progress towards its goals. To be able to accurately report this progress they need to record accurate data and encourage the group to record their activity.

They are also responsible for chairing the Membership Committee who process member applications, run the renewal process for existing members and apply the BNI policies to any member concerns that may crop up from time to time.

All of these tasks have to be carried out according to the correct process. Sometimes the decisions that need to be made as a result of the process can be difficult to make. These decisions may involve the Membership Committee and discussions with the BNI Director Consultant and sometimes BNI Support. While it may not be perceived as the most glamorous of roles, it goes to the heart of the chapter and a good VP helps a group run well and efficiently.

This person is responsible for starting the meeting off in a positive, informative, entertaining and business-like way by presenting the Networking Education. In 3-5 minutes, they will impart knowledge, often about BNI, to help everyone leave the meeting motivated to be more successful.

On a cumulative basis this information can help move the chapter forward significantly.

The Education Co-Ordinator receives a weekly Education Moment from BNI Support. They can choose to use it or they can source their own content, but they should take the time to prepare and practise their Networking Education.

This role is much more than just turning up to the meeting and being announced as a visitor host. The visitor host role starts as soon as a visitor is invited and only ends when the visitor is inducted as a member or chooses to not apply. Their role is to remember how it feels to be invited to BNI and how best to make that visitor feel welcome and comfortable.

They make phone calls before and after the meeting, send emails, get to the meeting early and each week report back so the group knows what has happened with the visitors from previous weeks.

Part of the Membership Committee, they help the VP make decisions around applications and renewals.

The Secretary/Treasurer is responsible for collecting the chapter fees, used for paying for the meeting venue and other chapter related expenses. The role is quite simple and involves small amounts but it is very important to make sure the chapter can function and no member ends up owing large amounts of money.

Each week the Secretary/ Treasurer announces what they collect and why, how much the chapter has on hand and if it sufficient for the purposes it is collected for.

The Events Co-Ordinator’s role is to organise and promote events that the leadership team believe will help the group build better relationships.

If they are also the Hospice Champion, they will be actively promoting engagement, awareness and possibly funds for the chapter’s local hospice.

A good events coordinator/hospice champion will be both organised and someone that others like to socialise with.

The member mentor will primarily look after new members making sure they understand the meetings, BNI terms, systems and policies. They can also play a role in looking after longer-term members who perhaps need help to get up to speed with newer BNI initiatives.

The Social Media Co-Ordinator is in charge of looking after the chapter’s Facebook page and Facebook group. Ideally, they will be someone who understands these platforms and likes to create fun and engaging content.

A Round of Applause for our BNI Leadership...

Join the BNI Leadership Team to Stand Up...

Be on the team!

Powerful Leadership Teams are critical to the success...