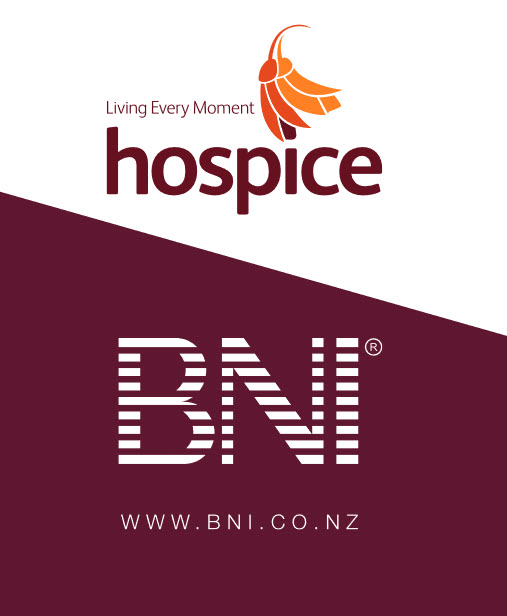 Hospice New Zealand is proud to announce that as of this week national partner BNI® New Zealand, the country’s largest structured business networking organisation for small/ medium businesses, has raised over $1.5 million for hospices 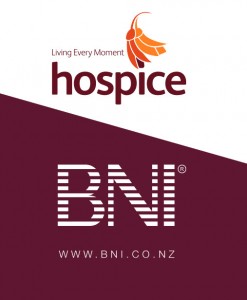 Hospice NZ Chief Executive, Mary Schumacher attributes the success of the partnership to the synergy between the two organisations shared values around personal connections and developing relationships based on trust. “Hospice is about supporting people and their families and whanau in the community, and BNI’s unique approach to business is Givers Gain®; growing successful businesses within those same communities they have a “give” rather than “take” approach.”

“Reaching the $1.5 million milestone is a tremendous achievement by BNI New Zealand, and we’d like to thank all the businesspeople who have been involved in fundraising, “says Mary Schumacher. “With BNI New Zealand’s ongoing support, hospice care is able to remain free of charge for anyone who needs it. We’re very grateful for their ongoing commitment and generosity.”

BNI New Zealand has 112 business groups in communities throughout the country, involving over 2,600 New Zealand businesses. BNI groups are partnered with their local hospice service working together to raise both funds and awareness.. This involves a myriad of initiatives, from volunteering to donating items on hospice wish lists, to renovating inpatient rooms and family rooms and organising large scale, high profile events.

Graham Southwell, National Director for BNI New Zealand says , “Hospice is about supporting communities in which our business members live in, and what makes their support so heartfelt is that many members have personally had a connection with a hospice caring for someone close to them. Our ‘Givers Gain’ philosophy is a way to live life, and I am so proud of the efforts of BNI members over the years and the work they continue to put in to fundraise for their local hospices.”

Nationally, BNI New Zealand also supports Hospice New Zealand with the BNI Palliative Care Scholarship Programme. This programme supports hospice staff members to undertake postgraduate study in their speciality fields and grow as leaders in palliative care. To date, over $137,000 has been donated by BNI New Zealand to fully fund the programme. ENDS

BNI New Zealand, established in 1999, is the country’s largest structured business networking organisation for small to medium businesses. With over 2600 members and 112 groups around the country in 2016 they generated over $73 million in business.

As a business community, BNI helps create business opportunities through a structured system of referrals and reciprocity, based on trust and giving. Business owners from all types of industries (only one trade representative per group) meet weekly. They build sustainable relationships with other businesses, develop new networks and take BNI’s underlying philosophy of ‘Givers Gain®’ to grow their businesses. www.bni.co.nz

Hospice NZ exists to support member hospices in their work caring for people who are dying. Hospice NZ is a national organisation whose primary goal is to give voice to the interests, views and concerns of its member hospices. The purpose of Hospice NZ is to ensure all New Zealanders have access to the best possible hospice care at the end of their lives.

Many people think of hospice as a building, but hospice is really a philosophy of care. While most hospice services in New Zealand have inpatient facilities, the majority of people are cared for in their own homes or place of residence.

Hospice care is holistic, considering a person’s physical, emotional, social, cultural and spiritual needs, and supporting their families, whānau and carers too.

Anyone living with a life limiting condition – e.g. heart failure, motor neurone disease, MS or cancer – can access and benefit from hospice services. Hospices aim to help people make the most of their lives; to live every moment in whatever way is important to them.

Hospice care is provided free of charge to people and their families, but it does it come at a cost. Each year hospices need to raise more than $45 million nationally to support their services.

18,000
Last year, hospice services across the country provided care and support for more than 18,000 people and their families, carers and whānau, either before or after the death of their loved one.

1 in 3
1 in 3 people who die in New Zealand each year are supported by hospice.

30%
Hospice services provide care and support for anyone with a life limiting condition – not just people with cancer. Last year 30% of people in hospice care had a diagnosis other than cancer.

99
In 2016, people from 99 different ethnic groups were cared for by hospice.

1,000,000
Together, a generous team of volunteers give over 1 million hours of their time each year to support hospice services.

Extend your BNI relationships to a higher level