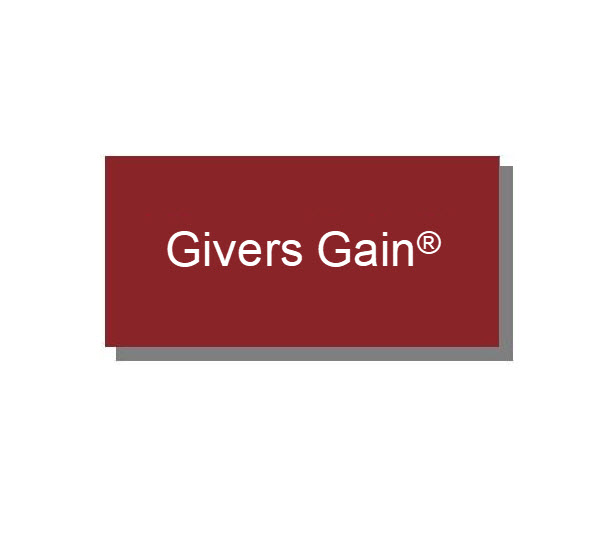 There were a fair number of networking groups around when I started BNI in 1985 but I felt that many of them were really mercenary or too social. From day one I knew that the only way BNI could be different as a networking organisation, is if we had a genuine focus on giving first and getting second.

Years ago, we had a brand new member of BNI stick around after a meeting, completely lost in thought. When the local director came up to the member, the member said that he had just had an epiphany. He said, “this whole concept of Givers Gain® and helping other businesses so they can help you, it’s a little bit like taking off your bib and putting on an apron. I have lived my professional career trying to find ways to close deals and get what I can out of business. I think I’ve missed the point. Networking is really about trying to find ways to help other people. You take off that bib and put on an apron. You help others and they’ll help you.”

When I started BNI I wanted something that focused on building relationships by helping others first and that’s what Givers Gain® is all about. This is a great philosophy to live your life by, not just in applying it to your membership in BNI. At the same time, it’s important to remember that this philosophy is a standard not a stick. It is a standard that we should all apply to ourselves and how we behave with people, not a stick that we use to get someone to do something we think they should be doing.

Years ago, I was sharing those words with a well-known business consultant who had become a good friend. He was going to be speaking at a big BNI conference the next day. He listened to me and he said, “oh, Ivan, Ivan, Ivan, you know that’s not true right? You know that the founder of every organisation thinks that some key philosophy is embraced by most everyone in a company when it’s really not, you know that right?” I told him no, it really is inculcated into the DNA of the company, almost everyone knows about it in BNI.

I said, don’t believe me, confirm it yourself. Ask your audience about it tomorrow. So, the next day he was talking to hundreds of hundreds of members and directors and a few minutes into his talk he stopped and he said, I have a question for you. In a couple of words, what’s the philosophy of this company? He then heard a resounding GIVERS GAIN® from the entire audience. He was astonished. Afterwards he came up to me and said, “Ivan do you know how incredible it is that almost everyone in an organisation at all levels at that organisation understands the company’s guiding core value?” I told him, yes, I understand how amazing that is, and I don’t take it for granted. It’s one of the things that makes BNI special, because we have successfully infused an emotional element into a business process, and that is rare. By the way, he owed me dinner that night based on a little bet we had.

Givers Gain® is BNI’s principal core value. It is based on the age-old concept of what goes around, comes around. If I help you, you’ll help me and we’ll all do better as a result of it and that is one of the ways we are Changing The Way the World Does Business®.

This has been the Givers Gain® video in the BNI core value series. Please take a few minutes to hear about the next core value for BNI: Building Relationships.

How do we say Thank You at BNI?

The Science behind Givers Gain®, BNI’s number one...