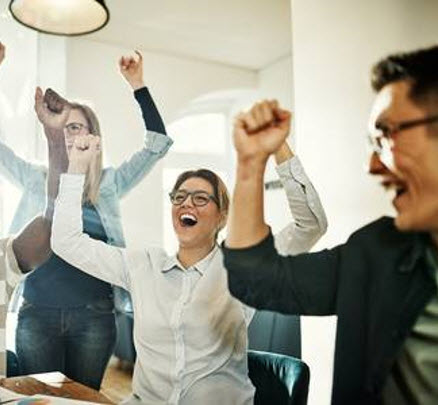 BNI’s foremost core values is Givers Gain®. This isn’t about charity, it is a recognition of the networking disconnect that happens if everyone goes to a networking event to sell, then there would be no buyers so no business will transact. If we are living by the Givers Gain® standard, then if all members try to find referrals for each other, then in all likelihood, on average, we will all receive referrals in return.

Givers Gain® in the weekly meeting

The BNI meeting is a game of two halves. The first half is where we ask for referrals during our weekly presentations otherwise known as our sales pitch or 60 second presentations. The Givers Gain® part of the meeting, is in the second half during the Referrals and Testimonials section where we give (and receive) referrals and testimonials.

This part of the meeting is often referred to as the most important part or the business portion of the meeting. Why? Because we are all excited to give the referrals we found for the other members (it’s better to give than receive) and because it’s also exciting to receive referrals.

When BNI first started, you could only pass referrals during this part of the meeting because the expectation was that you would work between meetings to find referrals. If you didn’t bring a referral it was obvious you weren’t living up to the Givers Gain® core value so there was pressure to find referrals each week.

Later, in lieu of a referral you were able to give a testimonial. Since then, this part of the meeting has been unfortunately, used to talk about anything but referrals. As a result, referral rates, worldwide, appear to have fallen as the expectation of passing a referral has been overtaken by saying just about anything.

Giving Referrals and Testimonials how should it be done?

•On average, each member has about 20 seconds for this part of the meeting so use the time well and be prepared.
•How you use this time adds or subtracts from your visibility or credibility.
•As a referral is all important it should be talked about before anything else.
•If you have more than 1 referral, talk briefly about the referral you are most excited about.
•If you have not managed to pass a referral this week you can deliver one testimonial.
•Your testimonial should be quick and concise and relate to a recent business transaction.
•Any referrals you talk about MUST already be recorded in the app. Worldwide recorded referral rates appear to have fallen, the switch to online records may mean that some referrals aren’t being recorded. Make sure yours are being recorded!

In general, you shouldn’t have time to talk about business you have received (and that isn’t about giving), one to ones you have had, to thank the speaker or to give updates about how referrals you have received are going. Those are off line conversations.

It’s very important to talk about what you have DONE for others, not what you are going to do or to apologise for what you haven’t done. This isn’t to say there can’t be humour or banter during testimonials and referrals, it can, on point, still be the funniest part of the meeting.

If you don’t have a referral, don’t apologise, just make sure you have a well-prepared testimonial for another member. You could even type it up for them and/or submit it online for them!

Bringing the Face-to-Face Back to the BNI Member...

The WHY of Education

Feedback – The Breakfast of Champions